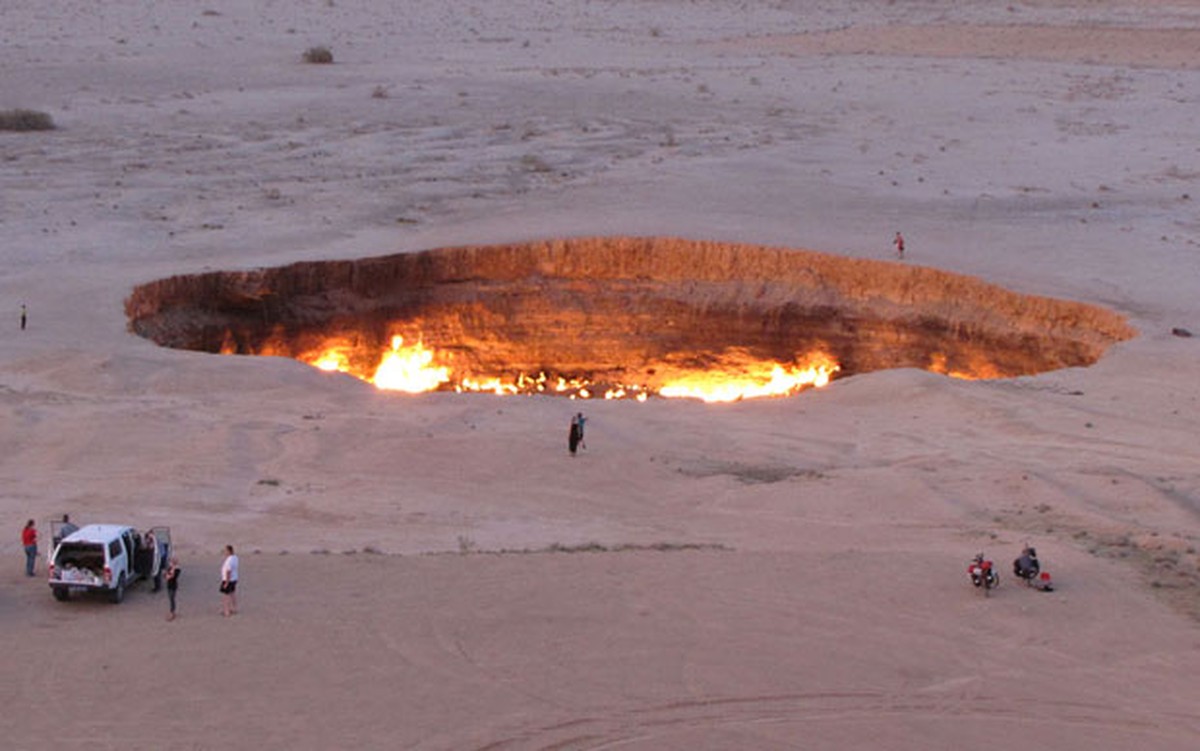 President TurkmenistanAnd Gurbanguly BerdymukhamedovOver the weekend, he said he wanted to put an end to the famous natural gas pit that had been burning in the country for decades.

“The crater negatively affects the environment and the health of the people who live near it,” Berdymukhamedov said in a televised address on Saturday.

Known as the “Gate of Hell”, the place is a traditional tourist destination with a diameter of 70 meters that can be seen from afar in the desert landscape.

The crater can be seen from afar, especially at night – Photo: Igor Sasin/AFP

The president defended “we lose precious natural resources, for the sake of which we can make great profits and use them to improve the well-being of our people.”

The region has a large amount of oil and natural gas. The “fire” broke out when geologists from the former Soviet Union drilled in the area in 1971 for gas. The floor under the platform receded and the pit opened.

The crater appeared in 1971 after the intervention of geologists from the former Soviet Union who set fire to the gases (Photo: Igor Sasin/AFP)

The fire pit was the result of a simple miscalculation by Soviet scientists in 1971. Geologists dug an underground cave to get the gas.

Fearing that poisonous gases would emit from the crater, scientists made the decision to set it on fire, believing that the gas would quickly burn out. But the flames have not been extinguished in more than 50 years, in a powerful symbol of the world’s vast gas reserves. Turkmenistan. Meanwhile, visitors travel there to witness the phenomenon up close.