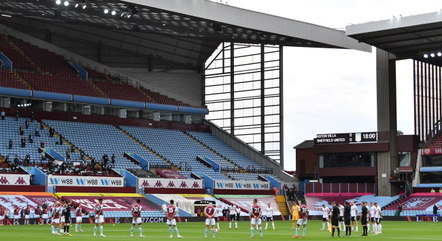 Fans will be able to return to the stadiums for the last two rounds of the tournament Premier League, According to the information on the entity’s website. The matches will be played from the next 17th day and capacity will be reduced to a percentage of the seats.

The matches will be subject to lockdown restrictions imposed by the UK government, which by 10 May will announce its final decision on the planned conditions for the third phase of the epidemic prevention.

To give each team a chance to host a home match with their fans before the end of the season, the Premier League matches were rescheduled last week.

It has also been determined, with the support of the clubs, that the matches will not be attended by a visiting audience, due to the operational difficulties that may arise.

The organization’s text said: “Protecting fans is of the utmost importance. Clubs have a proven track record of providing safe environments for the virus and have operational plans in place to welcome the safe return of fans to their stadiums.”

According to the memo, such an initiative would be “an important step towards full stadiums, including the visiting fans, since the start of the 2021-22 season.”