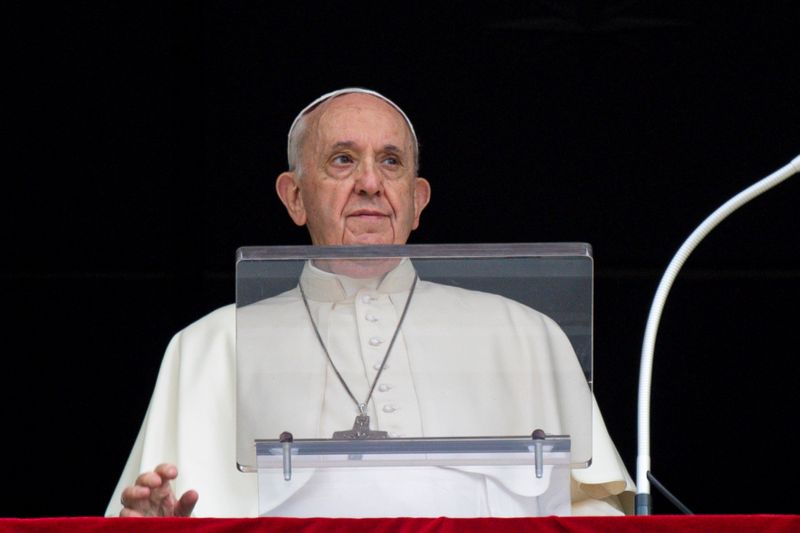 VATICAN, Oct 9 (ANSA) – Pope Francis on Saturday (9) kicked off the opening session of the 16th General Assembly of the Synod of Bishops, calling for a “different” Church to overcome “vertical, distorted and partial opinions”. More openness and dialogue.

The pontiff said: “When we speak of a synodal church, we cannot be content with form, but also need material, tools and structures that favor dialogue and interaction in the people of God, especially between priests and laity.” From hundreds of participants.

Francis advocated structural change towards the church as “an open place where everyone feels at home and can participate”, including women.

Religious reflected on the beginning of the Synod of Bishops, dedicated this year to the “Synod”, in which monks from all over the world, believers and members of the Roman Curia participate, and gave three “key words”: “Communion and participation, mission”.

“Let the brothers and sisters hear about the hopes and crises of faith in different parts of the world, about the urgency of renewing pastoral life, and about the signs that come from the local reality.

He warned that we have the opportunity to become a nearby church.

Jorge Bergoglio believes that the Church should take an attitude of “sympathy and tenderness” towards society and establish “greater bonds of friendship” with it. He recommended: “A Church that does not turn away from life, but rather is responsible for the fragility and poverty of our age, and heals wounds.”

The leader of the Catholic Church emphasized that “everyone is called to participate in the life and mission of the Church, otherwise, if it does not include all believers, the letters of communion are in danger of remaining in pious intentions.”

“In this sense, we are making progress, but it is still a little costly and we are forced to record the annoyance and suffering of the many pastoral agents, parishes’ participation organizations, parishes and women who are often still on the sidelines,” she warned.

For the Pope, there is a need to promote a modus operandi that is “characterized by the true participation” of all, an “indispensable ecclesial commitment”.

In addition, Francis asked the Synod not to succumb to “thought” and “abstract” and not be limited to being “a kind of study group with literate and abstract discourses on the problems of the Church and the world.”

The intervention also called for overcoming the “stalemate” that would lead to the acceptance of “old solutions to new problems”. “This phrase poisons the life of the Church. He cautioned that everyone who walks this horizon, even without realizing it, is making the mistake of not taking the times we live in seriously.

According to him, “It is important that the congregational path really be like this, that it is a continuous one; the involvement of the local churches, in different stages and from A to Z, in a passionate and embodied work, that imprints the style of communion and mission-oriented participation.”

“Come Holy Spirit. Pray the Supreme Pontiff, who lift up new languages ​​and put words of life on our lips, that we become a museum-church, beautiful but silent, with so much past and so little future.”

The 16th General Assembly of the Synod of Bishops will last until October 2023, preceded by an unprecedented process of consultation, and in a decentralized manner, for the first time, with diocesan and continental councils. (Ansa)

+ The wife shares her husband with her mother and younger sister: “When I’m not in the mood”
In the sexy pose, Cleo Perez says: “I love my big ass”
+ Doctors find a piece of cement in the patient’s heart during surgery
+ The shark was caught in MA with the remains of the young lost in the stomach
+ Everything you need to know before buying a cooking pot
US agency warns: Never wash raw chicken
+ Attacks passengers and pulls out a host’s teeth
+ Aloe vera gel in the drink: see the benefits
+ Lemon Squeeze Trick Is Going Crazy On Social Media

See also  Cumber Vega: The highly toxic gases emitted from the volcano are expected to reach other countries | Globalism