Home Tech The most beautiful experiment in quantum physics 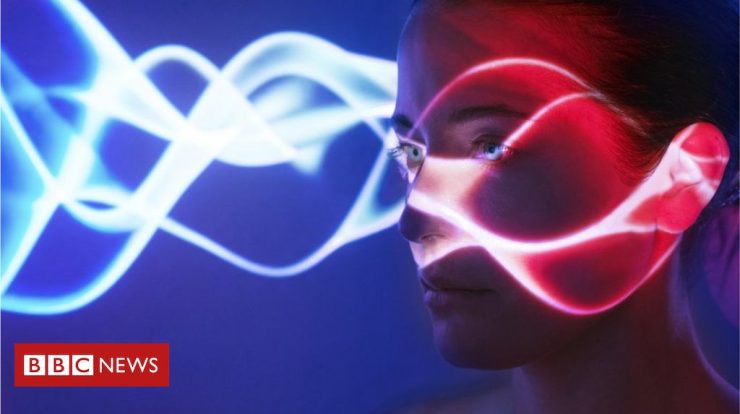 In classical physics, there are two well-distinguished worlds: waves (mechanical or electromagnetic) and particles (particles), both of which are well defined.

Previously it was believed that there is no connection between these two worlds, but in the late nineteenth century, when the small world (molecules, atoms and their components) became known, it was discovered that the smallest particles can behave like waves.

If particles behaved like waves, we had to know the wave associated with these particles: the “particle wave”.

At the same time, at that time, the opposite became clear: the behavior of a wave is similar to that of a particle. Two examples of this are the photoelectric effect and the Compton effect.

Louis de Broglie relied on the already existing definition of photons: they are the particles that make up light (in classical physics, a wave) that behave like a particle.

Thus, it was known that the mass of photons is zero, that their speed is the speed of light and that they have an impulse related to the wavelength of that light (wavelength is a characteristic of waves that tells us how far the wave repeats itself again).

He defined De Broglie’s wavelength, the “particle wave”, as Planck’s constant (a very small number of properties of the atomic world) divided by the particle’s pulse.

This idea was not based on any calculations or evidence. It was a hypothesis that needed to be proven.

A two-slit experience of light

Young threw a beam of light through two slits and saw an interference pattern on the screen, a series of alternating light and dark lines.

This result would be uninterpretable if the light was made up of particles, as only two light bands should be observed in front of the slits, but it could be easily explained assuming that the light is a wave and that it suffers from interference.

Later, this experiment was considered in quantum physics to demonstrate the wave behavior of very small particles, at the atomic scale.

The experiment can be performed with electrons, atoms, or neutrons, producing interference patterns similar to those obtained when performed with light. This demonstrates, therefore, this particle wave behavior.

Let’s see what happens in the two-slit experiment if we have a beam of electrons instead of a beam of light.

These electrons can be released at any speed we like, accelerating them through the electric potential difference.

However, constructing a double slit for an electron state is not easy. Many years have passed since the idea was proposed for the possibility of carrying out this experiment.

In 1961, Klaus Johnson accelerated an electron beam by 50,000 volts and passed this beam through two slits with very small spacing and width.

First, the electron beam was fired through a single slit, and they were counted from a distance using detectors. The slit-facing detectors counted more electrons.

Then, another slit was made, in which the rise and fall of the electron number was observed according to the position of the detectors.

That is, there were detectors at the height of the first slit that received fewer electrons when there were two slits than when there was only one slit.

The first thing they thought was because of the charge on the electrons. With a negative charge, these electrons can repel each other as they travel together in the beam.

To prove this, they threw electrons one by one with the two slits open, and the same result was obtained. Hence, they came to the conclusion that these highs and lows indicate that the electrons have been subjected to interference and thus possess wave properties.

The two-slit interference pattern depicted by Jönsson had similarities to the two-slit patterns obtained from light sources, strengthening the evidence in favor of the wave nature of the particles.

At the same time, other experiments were conducted on particles that came to the same conclusion: they have wave properties. This was not explainable from the point of view of classical physics, so it would be part of a large branch of modern physics, quantum physics.

Now, let’s calculate the De Broglie wavelength of a car that weighs 1,000 kg and is moving at 100 meters per second. The wavelength associated with this vehicle is 6.6 x 10m, which is too small to measure.

Therefore, no experiment can demonstrate the wave nature of macroscopic objects. Only when you penetrate inside an atom to experience atomic and nuclear particles can you notice the De Broglie wavelength, the wavelength of the particles.

* Manuel de Barriga Carrasco is Professor at the Higher Technical School of Industrial Engineers at the University of Castilla-La Mancha in Spain.

This article was originally published on the academic news site The Conversation and is republished here under a Creative Commons license. Read the original version here (in Spanish).