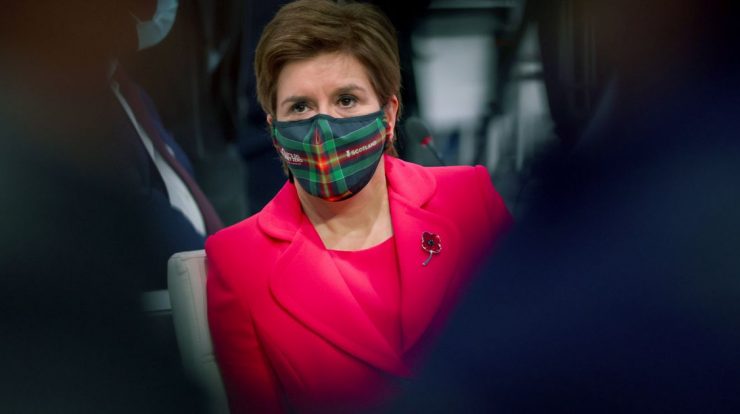 “It’s not easy for Scotland. Currently tens of thousands of jobs depend on oil and gas. Many of our energy needs are met by oil and gas,” he admitted at a press conference with foreign journalists on the sidelines of COP26.

He stressed that the decision rests with the British government because it is part of the competences of the independent Scottish Executive, and added that he opposes, and prefers to “continue and accelerate the transition” to renewable energies.

“I don’t think Campo should go ahead unless it passes very rigorous testing for climate compatibility,” he said, challenging the British government to submit environmental impact studies.

The Cambo deposit is located in the North Atlantic, west of the Shetland Islands, where Shell and Siccar Point Energy plan to extract hundreds of millions of barrels of oil.

Environmental groups are putting pressure on the government not to authorize the process given the UK’s commitments to produce all electricity from renewable sources by 2035 and achieve carbon neutrality by 2050.

“We need to turn our current oil and gas sector into a carbon-neutral platform,” Economy Minister Kwasi Kwarting admitted last month in the House of Commons, but called for a “total eclipse” of the oil and gas industries in British waters. 250,000 jobs disappearing overnight.

The Campo case and a new coal mine project in the Cumbria region have been used by activists to demonstrate the “hypocrisy” of the UK, which chairs the 26th United Nations Climate Conference (COP26), currently underway in Glasgow until Friday. .

Despite making the end of coal as an energy source a priority for COP 26 given its weight on global warming, the British government remains open to moving forward with the mine given the economic impact it could bring in that region.

The type of coal mined will only be used in energy-intensive industries, such as metallurgy, but the final decision will not be known until the end of the year, after the end of COP26.