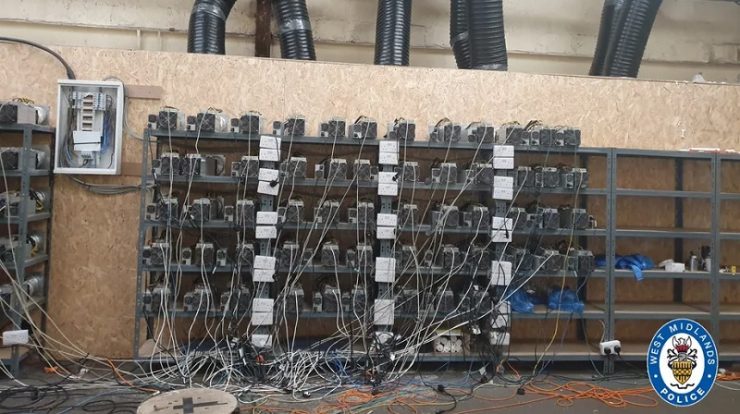 UK police recently searched for what they believed was a cannabis plantation. However, officials were surprised to learn that it was a bitcoin mining system.

The operation took place in an industrial building on the outskirts of Birmingham. Authorities also found that the system was using large amounts of energy illegally.

If you think you have seen everything in the world of technology, believe that there are many more surprises for man. The recent situation in the UK is proof of that.

Police are looking for a cannabis confiscation, but it was a bitcoin mine

West Midlands police in the UK were surprised to find it To find He thought it was a cannabis plantation, after all, the mining system of bitcoin cryptocurrency.

According to CNBC, British authorities are going to search a building located in an industrial zone, which is suspected to be a cannabis plantation in a closed system. Instead, West Midlands Police found a large facility with more than 100 Antmin S9 ASICs to extract bitcoins.

The method of extracting digital currencies illegally consumes a large amount of energy from one power source. According to officials, the facility stole "thousands of pounds" of electricity. 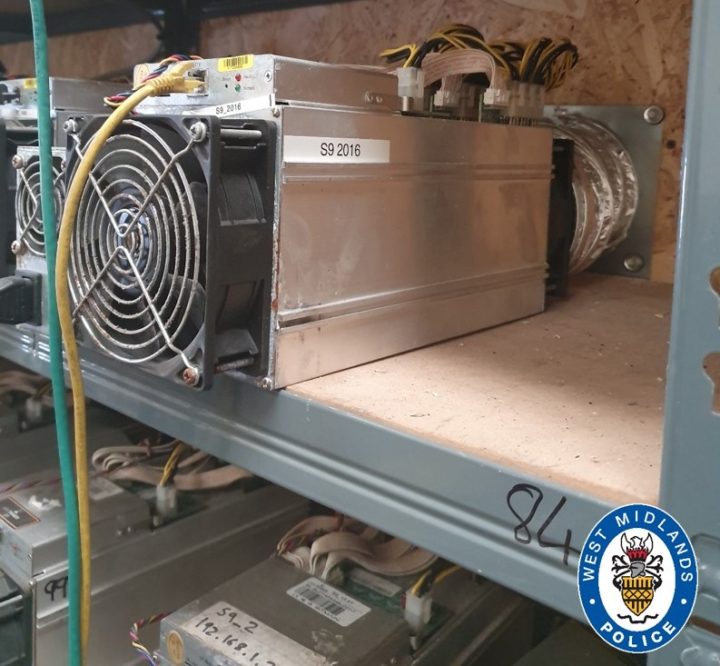 Prior to the police intervention, officers noticed several people entering and leaving the building. In addition, ventilation and several long cables were also found. A drone was also able to detect the high amount of heat leaving the area.

In other words, the UK Police believed that indoor cannabis plantations were using ‘lighting, heating and ventilation methods’ for cultivation as ‘classic signs’ of the illegal operation of these plants.

But in reality, it was a powerful organization with hundreds of tools for bitcoin mining. Thus, the authorities closed the place as it was illegally stealing energy from the power grid.

It is estimated that thousands of euros worth of goods were confiscated, although there were no prisoners.