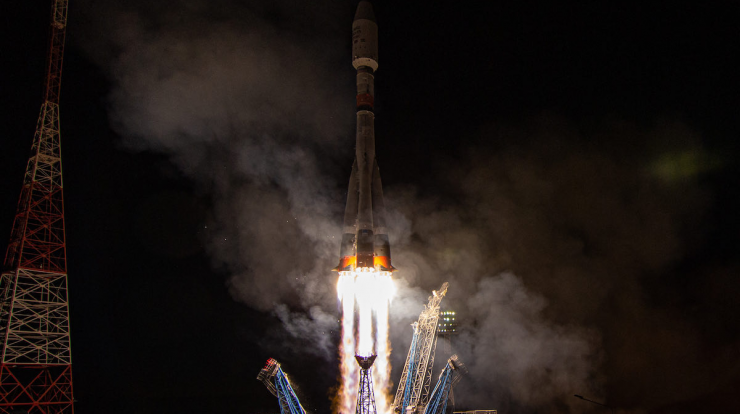 A Russian Soyuz rocket Thursday (1) carried a group of 36 Internet satellites from OneWeb into space. This launch expanded the company’s satellite constellation to 254 units, enough to begin providing commercial services to users in regions greater than 50 degrees of latitude, such as the United Kingdom, Canada, Alaska, Greenland and others. Now, in the next steps, the company will begin to focus on covering the Southern Hemisphere.

A Soyuz-2.1b rocket left the Vostochny Cosmodrome in Russia on Thursday morning. About two minutes after launch, the rocket activated the first-stage thrusters; After a while, the central platform was activated until five minutes into the mission, where it broke off to return to Russian territory. The Fregate stage, which carried the satellites in its “nose”, achieved the goal of taking both of them into a polar orbit, at an altitude of 450 km. Later, Oneweb confirmed the mission’s success with the return of the signal from the satellites.

A Soyuz-2.1b rocket launched from the Vostochny Cosmodrome, sending the next 36 satellites into orbit to expand OneWeb’s internet reach. https://t.co/VklsHi6EYy pic.twitter.com/0bKroG4un4

OneWeb’s satellites send Internet signals to users on land, sea or air, providing high-speed, low-latency connectivity to customers, large corporations and governments — and if that description sounds familiar, it’s because OneWeb’s service is a direct competitor to Starlink, SpaceX, and other companies It also creates satellite constellations on the Internet.

However, this is still a few months away, as the satellites still need to be tested and ascended to the desired orbits at an altitude of 1,200 km. This was the eighth mission of the Soyuz rocket to launch OneWeb satellites. To get coverage in the southernmost regions of the planet, there are still a handful of Russian launch launches this year, each of which will take 30 units into space.

According to Chris McLaughlin, Head of Government, Regulation and Engagement at OneWeb, 10 more launches will be required for the company to be able to provide global services with Constellation. “For the next stage, we will lower the latitude to 20 degrees in the north and to 20 degrees in the south,” he said in an interview. “This way, we will have a belt in the middle of the Earth, which will be filled within the next year.”

The expansion of the constellation comes after OneWeb went through a turbulent period last year. In March, shortly after the launch of 34 satellites, the company filed for bankruptcy due to the effects of the novel coronavirus pandemic. Activities resumed in September with a new launch, following purchase by the British government and Indian operator Bharti Global.

Boris Johnson, Prime Minister of England, commented on the launch: “The recent launch of OneWeb satellites will bring high-speed broadband within reach of the entire Northern Hemisphere later this year, including improving connectivity in the outback of the UK.” According to him, with the support of the British government, the company has demonstrated what is possible when public and private investment combine.