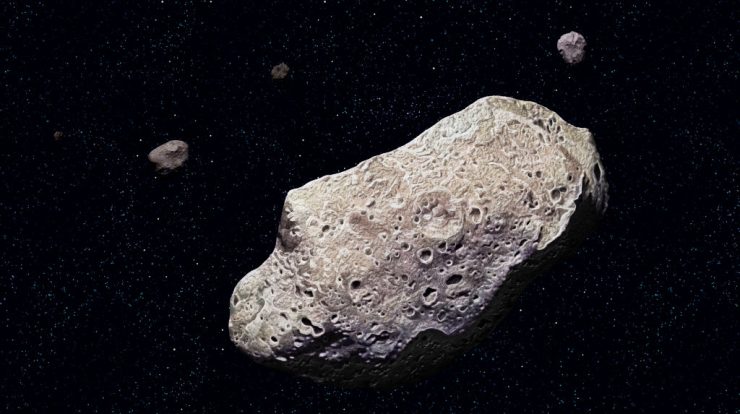 NASA’s Near-Earth Object Observatory, the US space agency, reported that a giant asteroid, which can be up to five times the diameter of Christ the Redeemer, should pass “close” to the planet next Saturday (24).

The “close” distance is relative when it comes to astronomical measurements. The asteroid, identified as 2008 GO20, is between 97 and 220 meters in diameter and should pass 12 “lunar distances” from Earth – about 4.7 million km – and has an estimated speed of 8.20 km/s.

NASA researchers monitor the passage of asteroids and comets on a large scale Provide a gate It is possible to check the calendar of the passage of the following space objects.

According to the latest updated data on the portal, there are smaller asteroids that will pass closer to the planet, but none of them raise concerns about possible collisions.

This is because if an object has already entered a collision path with Earth, space monitoring equipment must determine the path “many years” in advance. “With all of this alert time, current technologies can be used to move any object away from Earth,” NASA explains.

The US agency also updates daily the possibility of viewing asteroids from some points on Earth. The 2008 GO20 is not expected to be visible.

Asteroids are rocky fragments that have been around since the formation of the solar system about 4.6 billion years ago. Most of them orbit the Sun in a radius similar to that of Mars and Jupiter. Scientists believe that there are millions of asteroids, ranging in size from thousands of kilometers to a few meters.

From time to time, the gravitational force between the planets can affect the original course of these asteroids, which, millions of years ago, played a fundamental role in the evolution of life on Earth. The most famous episode, of course, was the extinction of the dinosaurs.