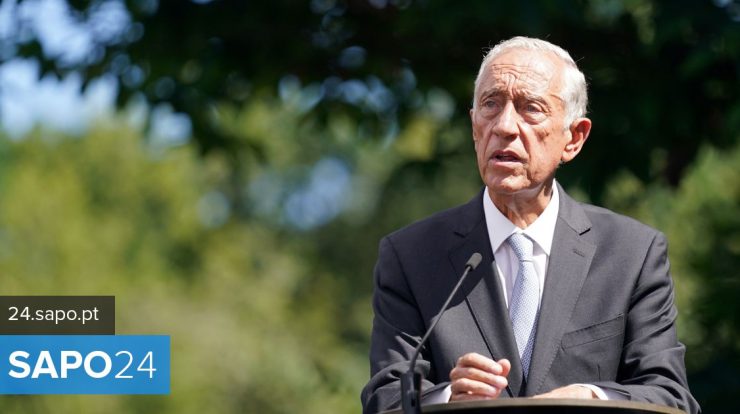 This position was conveyed by Marcelo Rebelo de Sousa in a speech he gave in English, at the end of a visit to Imperial College London, after the speech of the British Minister of Education, Nadim Zahawi. and Dean of the Institution of Higher Education, Francisco Veloso.

Addressing the British minister, the President of the Republic thanked him for his participation in the session “on Saturday”, and expressed his pleasure to know that the executive member of Boris Johnson is a fan of Cristiano Ronaldo and Manchester United played by Bruno Fernandes.

“But I want to tell you that we have not only sent one Cristiano Ronaldo, we have sent several hundreds to your scientific community. We have sent many and I am sure some of them will help you greatly. The Head of State added, still in the same letter to the British Minister of Education.

Specializing in the fields of engineering, natural sciences, medicine and economics, Imperial College London is included in the list of the best universities in the world for scientific research.

Among the former students is Portugal’s former Minister of Science, Technology and Higher Education Manuel Heitor, who completed his PhD in mechanical engineering in London.

At the university, Francisco Veloso, Dean of Imperial College Business, has been recruited in 2017 from Católica Lisbon School of Business and Economics and specializes in innovation and entrepreneurship.

Earlier, in this session, the British Minister of Education spoke about the long and historical Portuguese-British alliance and the Treaty of Tagil between Portugal and England, which will be 650 years old in 2022.

Then the President of the Republic commented that, in fact, “there is a deep reason that explains this long alliance” between the two countries.

“Alliance [luso-britânica] It was very important to the independence of Portugal in the 14th century, and then again in the 17th century. But our alliance is not from the past and has a passport for the future,” he said, before pointing to the young researchers present at the session.

In his brief speech, the President of the Republic also praised the “strong British community” residing in Portugal.

Then he addressed the Portuguese students and scholars again: “Dear fellow citizens, you are really good, not only because you are Portuguese – of course this is important – but also because you live in a great power. The United Kingdom is a great power and always will be. But we are also a world power, albeit it in a different way.

In his speech, the British minister acknowledged that “international students bring new ideas and perspectives to a host country like ours”.

He stressed that this renewed bilateral relationship “comes at a time when it has never been important for countries to unite in solidarity and friendship so that we can resolve challenges together constructively, and hopefully peacefully, on our European continent.”

According to Al-Zawahi, a decade ago the UK reached its goal of attracting at least 600,000 international students annually by 2030, having enrolled 605,000 students in British universities in the 2020-21 academic year.