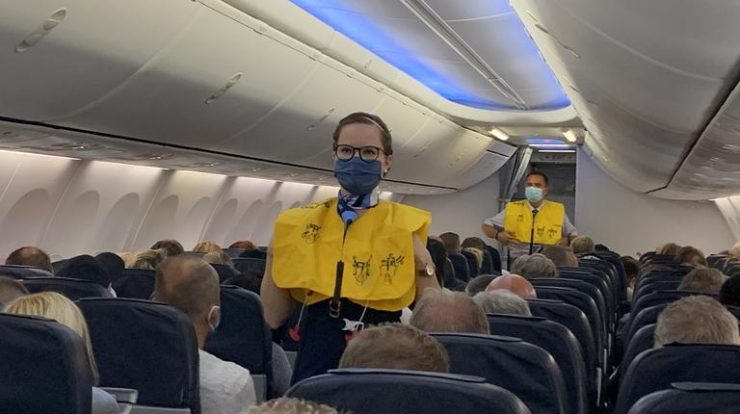 Airlines Azul and Latam announced Monday (10) that 528 flights scheduled for January were canceled and, in some cases, rescheduled due to crew departures amid the progression of influenza and the omicron variant of the coronavirus.

Flights affected by Latin America add up to 123. The company said in a statement that customers can check the status of their flights. in this location and choose Reschedule at no additional cost or refund your money if affected. Azul, in turn, canceled or rescheduled 405 flights. the The company has not provided a list of affected flights, but says it is communicating with customers, according to newspaper Folha de S.Paulo.

The spread of the novel coronavirus omicron variant at the end of 2021 was considered by the World Health Organization (WHO) as a “tsunami of Covid cases”. In the worst affected countries, sectors of the economy are experiencing disruptions due to the removal of infected workers. Basic services, such as health, are most important to the authorities.

Only in December, when cases were already growing in Brazil amid a data blackout from the Health Ministry, about 20% of the hospital workforce in Rio de Janeiro was removed for contamination. It faced the same problem in countries like the UK, where 50,000 public health workers were in isolation in the last week of December. The British government has promised 100,000 tests per day on professionals in essential areas to try to control transmission.

On the first Sunday of the year alone, on January 2, about 4,000 flights were canceled from around the world. More than half of them occurred in the United States, due in part to a staff shortage.