Home Economy Is the UK supply chain crisis the result of Brexit? 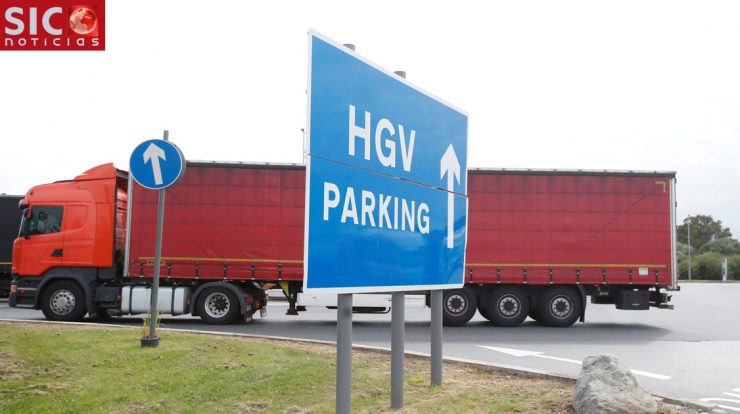 On social networks, many publications share a photo of a supermarket with empty shelves. In the photo, a poster warns: “Sorry for the limited choice at this time. This is the result of the vote to leave the European Union.”

Is it true that the UK’s supply chain crisis is the result of Brexit?

In recent weeks, several cities in the UK have felt the effects of a shortage of truck drivers to transport fuel and goods. Social media has been flooded with images of out-of-service gas stations and supermarkets not containing some products. according to Report From the UK Department of Transport, in 2020, there were 7% fewer drivers of heavy vehicles in employment. In 2019, the UK had 300,100 drivers, but by 2020 that number has dropped to 279,700.

The lack of workers to transport goods is rooted in the effects of the pandemic and new immigration policies.

According to the same document issued by the Ministry of Transport, in March 2020, there was a 25% decrease in goods transported. According to the document, “this decline occurred during the period when restrictions were in place to reduce the impact of COVID-19.”

On the other hand, according to British National Institute of StatisticsThe number of European drivers, between April 2019 and March 2021, increased from 44 thousand to 28 thousand. The decline is linked to new immigration policies, in particular the need for a visa to work in the UK. These new bureaucracies make foreign labor more expensive. The alternative is domestic labour, but British truck drivers are in short supply.

To address the supply chain crisis, the government of Boris Johnson on September 25 published a release which states that the government will grant temporary visas, until Christmas 2021, to 5,000 drivers of heavy vehicles and 5,000 workers. But this is only a temporary measure. In parallel, the government wants to train 4 thousand national drivers. according to BloombergFinance Minister Rishi Sunak said the current crisis is an opportunity for the UK to invest in skilled national labor and have a stronger economy.

Boris Johnson has already begun to reject the idea that the supply crisis is a consequence of Brexit. in a to interview The British Prime Minister told the Guardian that only 127 European drivers have so far shown an interest in temporary visas, showing that the driver shortage is not a British problem, but a problem for the global economy.

However, it is true that the new immigration policies are a consequence of Brexit and have affected the supply chain, but other factors have also contributed to the crisis, such as the pandemic and a lack of national motivation.

SIC Europe evaluation of the polygraph: true, but …

The European Union is not always well understood and is often the target of fake news and manipulation.

See also  FGTS: Withdrawals can be liberated in the face of serious illness; Find out any of them

In the year that Portugal holds the EU Presidency for the fourth time, between January 1 and June 30, Poligrafo SIC opens a fact-checking space dedicated to European affairs and the way it affects the 27 member states.