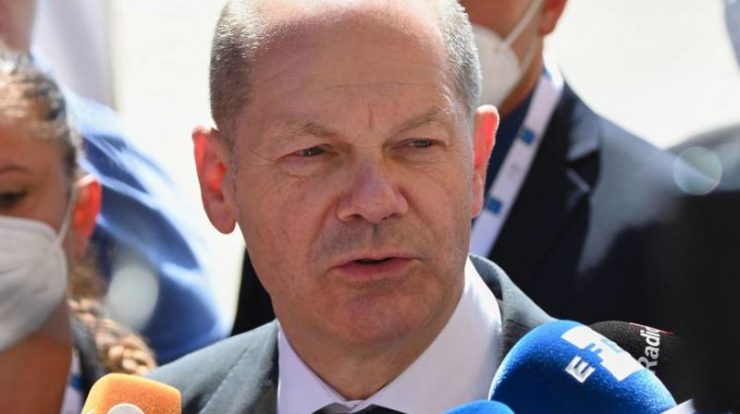 French Economy Minister Bruno Le Maire has received “no possible turning back”, now calling for “the effective implementation of international tax reform by 2023”.

The German Finance Minister, Olaf Schulz, also celebrated the approval of the group of countries to implement a new tax mechanism for multinational companies, covering 130 countries.

“Now we need to work on finalizing the details before our meeting in October so we can really do justice to the global tax system,” said Rishi Sunak, Britain’s chancellor.

But some members of the Organization for Economic Co-operation and Development (OECD) working group who reached a tentative agreement on July 1 have not yet taken a position, such as Ireland and Hungary.

Ireland has implemented a 12.5% ​​tax since 2003, which is very low compared to other European countries, which has allowed it to host the European headquarters of many tech giants, such as Apple and Google.

Tax reform, which has been negotiated for years, focuses on two pillars: setting a global minimum tax rate and creating a system that aims to distribute taxes to large corporations more equitably, according to the profits made in each country, regardless of where they are headquartered.

Pascal Saint-Amans, Director of the Center for Tax Policy and Administration at the Organization for Economic Co-operation and Development, explained that the world’s 100 most profitable companies are in the crossfire, which alone generate half of the world’s profits, including Gafa (Google, Amazon, Facebook and Apple).

The global minimum tax will affect about 10,000 large corporations. According to the Organization for Economic Co-operation and Development (OECD), a minimum effective rate of 15% will generate more than $150 billion in revenue per year with most of the money remaining in countries where companies do most of their business.

In June, the leaders of the Group of Seven (G7) (the richest group of countries) already ratified the corporate tax treaty. According to the Organization for Economic Co-operation and Development (OECD), which is also the negotiation stage, the rules will be in place next year and enforced from 2023.

US President Joe Biden said that “with a minimum corporate tax in place, multinational corporations will no longer be able to confront states to cut taxes and protect their profits at the expense of public revenue.”

While political endorsement from the G20 will spur efforts to reach a final agreement, technical problems remain and are unlikely to be resolved this weekend.

They include agreements that would allow some countries to use some method of exiting the tax deal to encourage investment.

Another obstacle is likely to be the opposition of the Republican Party in the US Congress. Democratic President Joe Biden will likely need legislative approval for at least some elements of the proposal.

The G20 also supported the International Monetary Fund’s initiative to increase aid to the most vulnerable countries, with a new issuance of Special Drawing Rights (SDR), in the amount of US$650 billion.

In April last year, the Group of Twenty decided to postpone interest payments on the debts of the poorest countries. At the last meeting, in April 2021, the measure was extended until the end of the year.

READ  Frozen fees and advertising for a new small loan