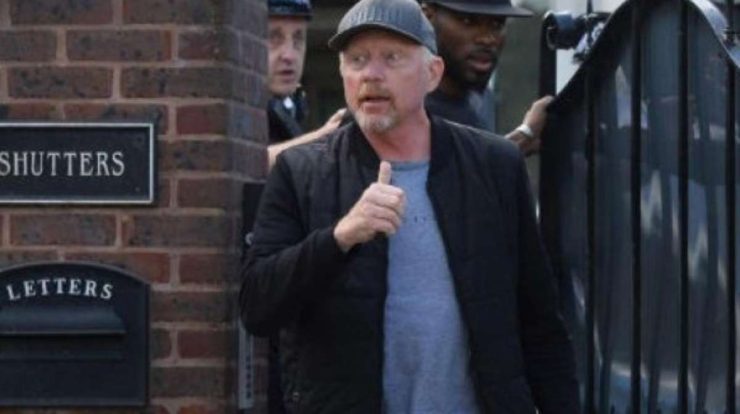 The owner of six Grand Slam titles, former tennis player Boris Becker, 54, was sentenced to two and a half years in prison during a trial held Friday in London. The conviction comes three weeks after the German multi-champion firm was found guilty of hiding assets worth millions of euros to avoid paying debts after filing for bankruptcy.

The trouble began in June 2017, when Arbuthnot Latham, a private bank in London, filed for bankruptcy against Baker over a debt that was nearly two years overdue on a loan. After that, he declared bankruptcy, had to show his assets to the court, but left very high values.

The former tennis player hid property in Germany, a bank loan of 825,000 euros and shares in a technology company. Furthermore, he transferred large sums from his business bank account to third party accounts such as those of his ex-wives Barbara Baker and Charlie “Lily” Baker.

Boris Becker was still responding to 20 more charges, of which he was acquitted. One is that he failed to hand out trophies to creditors he won during his successful tennis career, including the Wimbledon Cups and the 1992 Olympic Gold Medal.

When announcing the verdict on Friday, Judge Deborah Taylor said the German had shown no remorse. “While I understand his humiliation as part of the process, there was absolutely no humility,” Taylor commented. According to the Associated Press, Baker will have to serve at least 15 months of his sentence before attempting to commute his sentence.

The former tennis player denied all allegations from the outset and his lawyer, Jonathan Laidlaw, said the client had spent money not on a “luxury lifestyle” but on expenses such as alimony and rent. 20 years ago, in 2002, Becker had already had problems with the German judge of justice, where he was tried for tax evasion and attempted tax evasion.

See also  In the UK, foreign students stifled by the epidemic