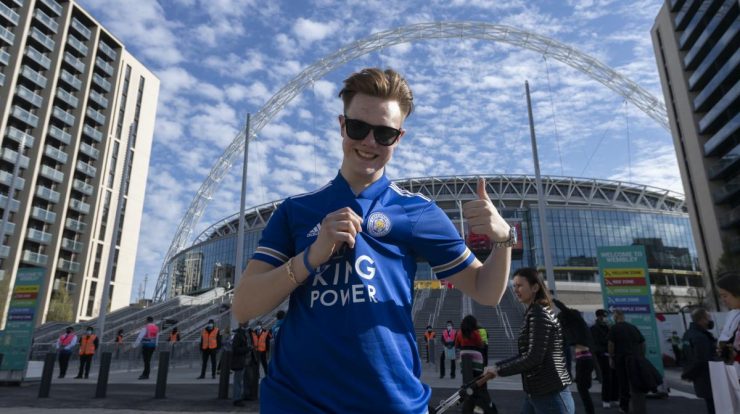 One of the first measures that enabled the return of sport in the middle of last year was for the matches to be held without the presence of fans in the stadiums, as part of the protocol to avoid crowding. Hence, the teams had to be creative to replace the human warmth of the stands, even creating extraordinary situations. However, after successful lockdown measures and advances in vaccination programs, some countries and tournaments will no longer have to accept alternatives to the passion of the fans.

Last Saturday, Wembley hosted 4,000 fans to watch the FA Cup semi-final between Leicester and Southampton. The fans were the largest since the stadiums were banned since March of last year. Although the number is small in relation to the total capacity of the London giant (90,000 people), the confrontation was only the first in a series of triple-test events that the government will do as a way of making sure the feasibility of incremental progress. The fans return to the stadiums.

The next match will be the Carabao Cup Final between Manchester City and Tottenham, also at Wembley, on the 25th of this month. The showdown will host 8,000 fans. Finally, the plan is for the FA Cup Final, between Chelsea and Leicester, on May 15th, to receive 21,000 fans.

However, in order to implement the plan, the British government is carrying out detailed monitoring of the fans who were attending Wembley Stadium. Among the entry requirements are presentation of a side-flow test that is conducted up to 24 hours before the game starts and two PCR tests – one before the match and the other five days later. In addition, in the stadium, social distancing measures are maintained, ventilation is provided, and the behavior of fans, both upon arrival and at exit from events, will be monitored through surveillance cameras.

These tests are only possible due to the successful measures of social separation implemented in the UK. On January 19, it recorded 1,359 deaths from Covid, a number that has decreased to 22 according to data available by Worldometers.info, a decrease of more than 95%.

Vaccination in the UK covered over 95% of the population 50 years of age or older and plans to vaccinate the rest of the adult population (21 million people) by the end of July. It has a population of 67.89 million, of which 48.66% have already been vaccinated. In comparison, Brazil, with a population of 212.56 million, vaccinated only 11.66% of its population, according to data from Our World in Data.

Like the United Kingdom, the massive vaccination campaign in the United States has allowed the country to relax its measures to combat the Coronavirus. The United States is the place in the world with the most doses of Covid-19 immunity applied to date. As of Tuesday (4/20), the country has applied 213 million doses out of 272 million delivered – and reached the goal of 200 million doses before the first 100 days of President Joe Biden’s rule.

According to data from the US Centers for Disease Control and Prevention (CDC), 40% of the population received at least one dose of the vaccine, and 26% were vaccinated completely. The agency predicts that if the campaign followed the current pace of 3 million doses applied daily, 70% of Americans would be immunized by 6/23, achieving so-called herd immunity.

In sports, this has gradually led to fans returning to the stands. In the NBA, of the 30 teams, only three remain closed (the Chicago Bulls, Oklahoma City Thunder and Portland Trail Blazers). The remainder allowed between 10 and 35% of their seats to be filled. By the end of April, the plan is for most teams to allow up to 3,000 fans to enter their arenas.

It is worth noting that the NBA was one of the leading leagues in the fight against Corona virus. Until last season could be completed, a bubble was created in Orlando, with players, coaches and staff sacked for more than three months. The trial was successful as there were no reported cases of infection in the conflict. For the 2020-21 season, the organization has put in place a series of security protocols that include travel and communication between players.

Miami Heat, a franchise with 15% of the total capacity of 19,600 in the American Airlines Arena, was one of the first teams to put together a security scheme to reopen the doors to fans. The team was using “Covid police dogs”. According to ESPN of America, fans are being transported to a virus detection zone and the dog will pass them on. If the dog continues to walk, the propeller will fire. If he sits this is a sign that the virus has been detected and the fan will not be able to watch the match inside the gym.

In other leagues, such as the NHL (hockey) and MLS (football), the situation is similar, with each team permitting a fraction of its own stadium and arenas capacity. Arizona Coyotes allowed 7,900 fans at the Gila River Arena, 46% of capacity, while Orlando City welcomed 12,000 fans, 50% from Exploria Stadium, last weekend. Additionally, in February, Raymond Jones Stadium in Tampa Bay welcomed 25,000 fans to escort the Super Bowl, and on July 10, Las Vegas should host the fight between McGregor and Poirier, at UFC 264, with 100% of the sale.

Teams and tournaments had to get creative to overcome the lack of fans in the standsKevin C. Cox / Getty Images 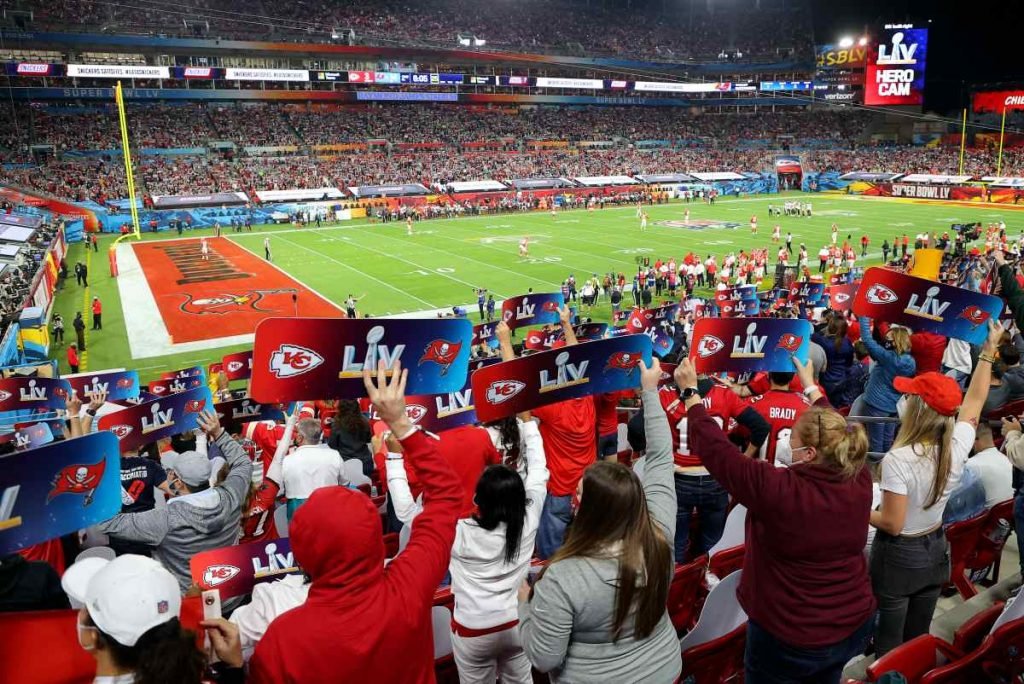 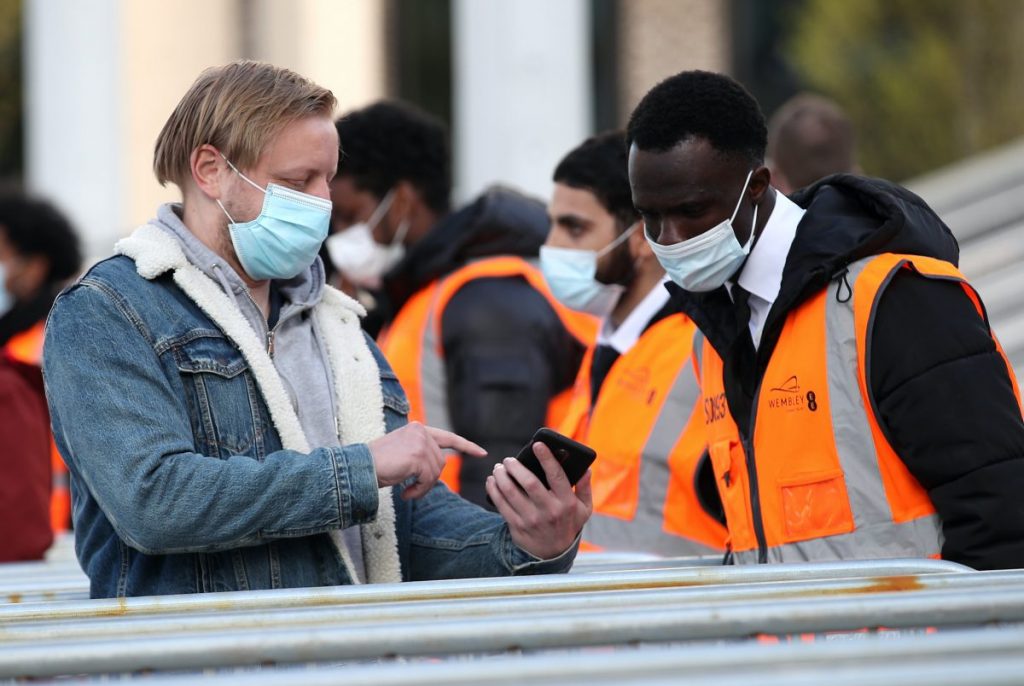 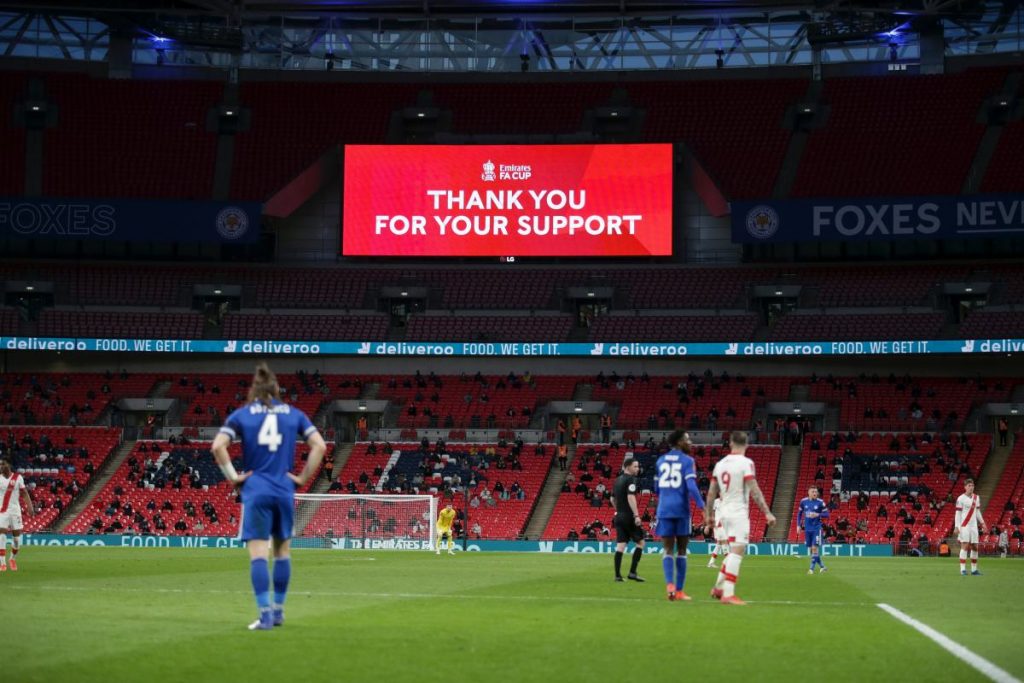 About 4,000 fans were able to watch the FA Cup semi-finals at WembleyRobin Jones / Getty Images 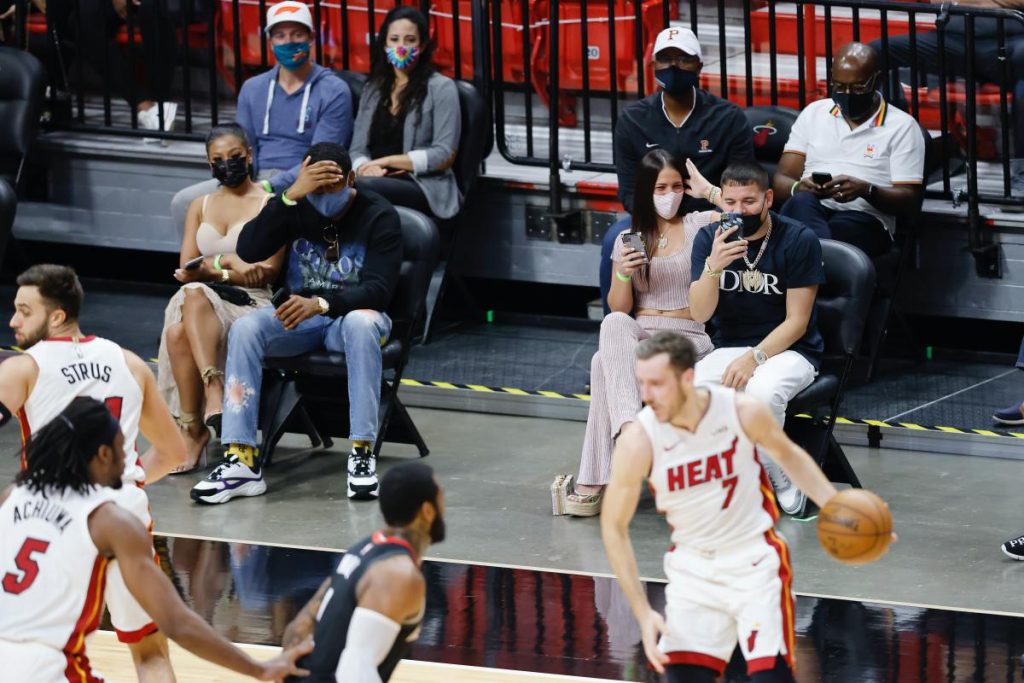 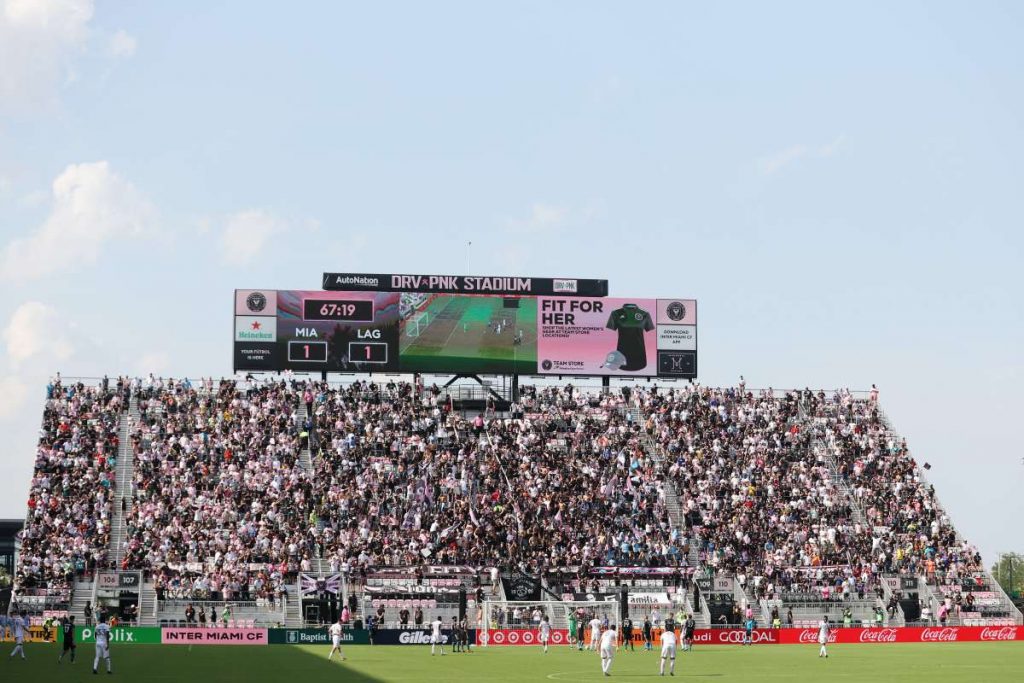 The Inter Miami stadium, with the return of the American League, welcomed 8,000 spectatorsCliff Hawkins / Getty Images

With four countries on the list of sites with the highest number of Covid-19 cases and only about 10% of the total population vaccinated, South America is unlike the countries that have seen improvement in case and death numbers. Domestic leagues and major competitions, such as Libertadores and South America, are still in dispute, but with no plans to open the gates.

On that Wednesday, Ivan Duque, president of Colombia, who will host the Copa America with Argentina, confirmed that the competition would be held by closed gates. “The Copa America will be played without an audience, given the circumstances at the present time and the opinion of experts in epidemiology as well,” he said.