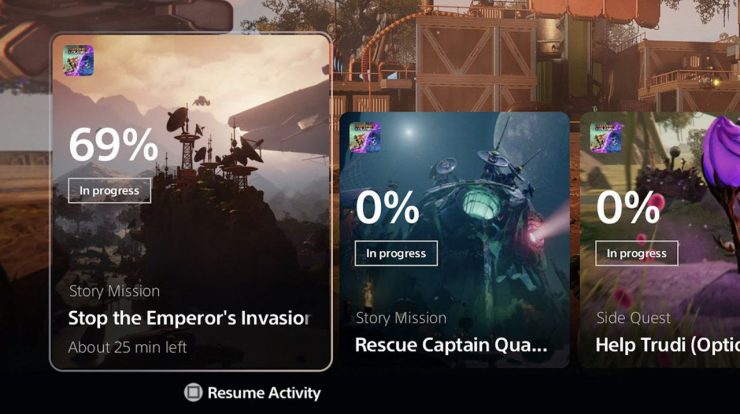 PlayStation 5 Activity provides estimates for completion time based on actual player data. Activity cards appear in the PS5 menu and indicate in-game tasks, such as tasks a player can complete or hidden items they can pursue, along with estimates of how long they will take.

In an interview with the site Axios (Across VGC) discuss approach Questions and rumbles: In another dimension In order to balance out the difficulty, game director Mike Daly revealed that these time estimates, as previously thought, are not based entirely on the developers’ predictions, but rather on actual player data.

“It’s derived from an estimate given by the developer and then compared to the average completion times of other players pulled by PlayStation Network – and then customized by checking the player’s speed during gameplay,” he explains.

In the interview, Daly also discussed Insomniac’s work on accessibility for Questions and rumbles: In another dimension And how it changed the way the team thought about balancing difficulties.

“We’ve kind of taken away this conventional wisdom that games have to be challenging in order for you to feel good about them,” he said. “We don’t think anymore, like, ‘What would make elite players feel good about themselves? And more than that, “What will allow everyone to have the experience they want?”, that is more important to us.”