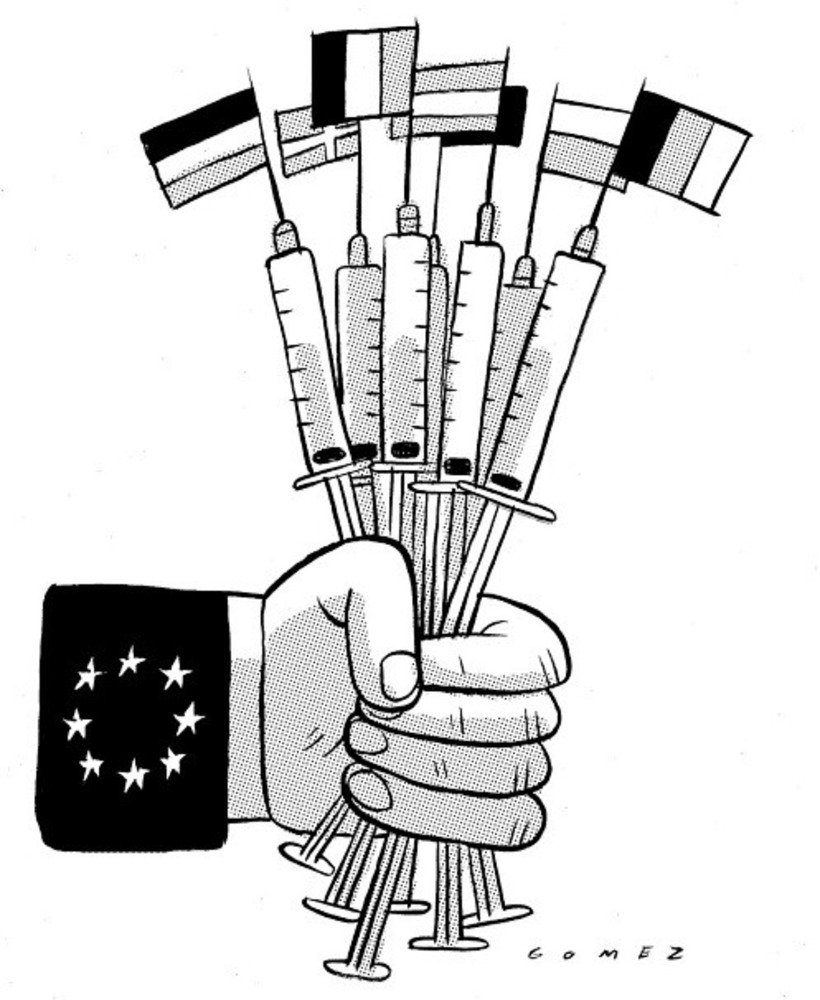 Giovanni Legorano of Dow Jones Newswires provides us with updates on the epidemic. The increase in the number of COVID-19 cases recorded in Europe in this second quarter is losing steam, as vaccination begins to accelerate, fueling hopes for a large-scale reopening of the region’s economy before the summer, in the third quarter. Unlike the United States (USA), the United Kingdom and Israel, which somehow controlled the epidemic thanks to rapid and widespread vaccination, Europe faced an increase in the number of infections at the end of the winter (first quarter), while it struggled to obtain vaccines.

Increase in vaccine distribution to European Union (EU) member states, removing bureaucratic and logistical obstacles that initially hindered vaccination efforts and quickly expanded access to vaccines. Meanwhile, closures, curfews and other restrictions implemented in March and April have begun to reduce the number of cases, increasing the likelihood of a return to normal life before the summer holidays, which are essential to the region’s economy.

As of May 2, European Union member states have implemented 33.6 doses per 100 people, according to data from the University of Oxford – less than half the numbers in the UK and USA, but a big jump compared to last month and more than most. Developing countries. Daily infections in the European Union have fallen since the beginning of April, and daily deaths related to the Coronavirus began to decline as of mid-April, according to the governments. The effect should start to appear as soon as 40% to 60% of people have received at least one dose, which can happen at the end of May, which speeds up the infection fall out. In the three months to June, the European Union expects to receive 400 million doses – including 250 million from the production leaders: BioNTech and Pfizer.

“What has happened in recent months is that we have succeeded in increasing the amount of vaccines that we produce and provide to Europe,” BioNTech co-founder Ugur Shaheen told the Wall Street Journal. “Vaccinations are expected to have an impact on infection rates in Europe by the end of May.” Allow governments to relax some of the rules imposed when vaccines were scarce. The difference with Brazil is huge. Here the president attributes to China the ability to create life. He accuses her of creating the virus. Only this one was missing!

In Germany, for example, vaccines were only available initially at major vaccination centers and people had to be invited to get vaccinated. As of mid-April, doctors are able to administer vaccines in their own offices. In Berlin, for example, anyone can now receive the AstraZeneca vaccine. As a result, more than 600,000 doses are applied per week. A model from the ZI Institute, which is linked to the German Ministry of Health, predicts that half of those eligible will receive a vaccine by the end of the month and two-thirds by mid-June.

Last week, France opened vaccinations against Covid-19 to a larger group of all obese adults. President Emmanuel Macron said the vaccination will be open to all adults from June 15. Some areas are behind. Last week, the mayor of Cannes, on the French Riviera, said the city would start vaccinating anyone over the age of 40.

In Italy, at the end of April, General Vigliolo increased the number of daily doses to double the average at the beginning of that month. He plans to increase this number in June. About 22% of the Italian population has already received at least one dose. General Figliolo’s goal is to vaccinate 80% of the population by the end of the second semester. With evidence mounting that the latest wave of infections has peaked and as vaccinations advance, European governments are eager to reopen their economies.

The weekly number of new Covid-19 cases in Germany only started declining last week for the first time since the end of February, so the country is not easing its lockdown. But yesterday the government moved to completely exempt people who have already been vaccinated from some restrictions, such as the need to get tested before going to beauty salons or commercial activities deemed unnecessary, in addition to quarantine requirements for travelers.

But some officials warn that governments should be cautious and gradual in their reopening, and that they need to be prepared to shut everything down again if new types of the virus prove able to evade the protection provided by current vaccines. This region of the world covers about 500 million people, more than twice the size of Brazil. So, despite the conglomeration of more than 25 countries, the organization outperformed Brazil, which makes us jealous.