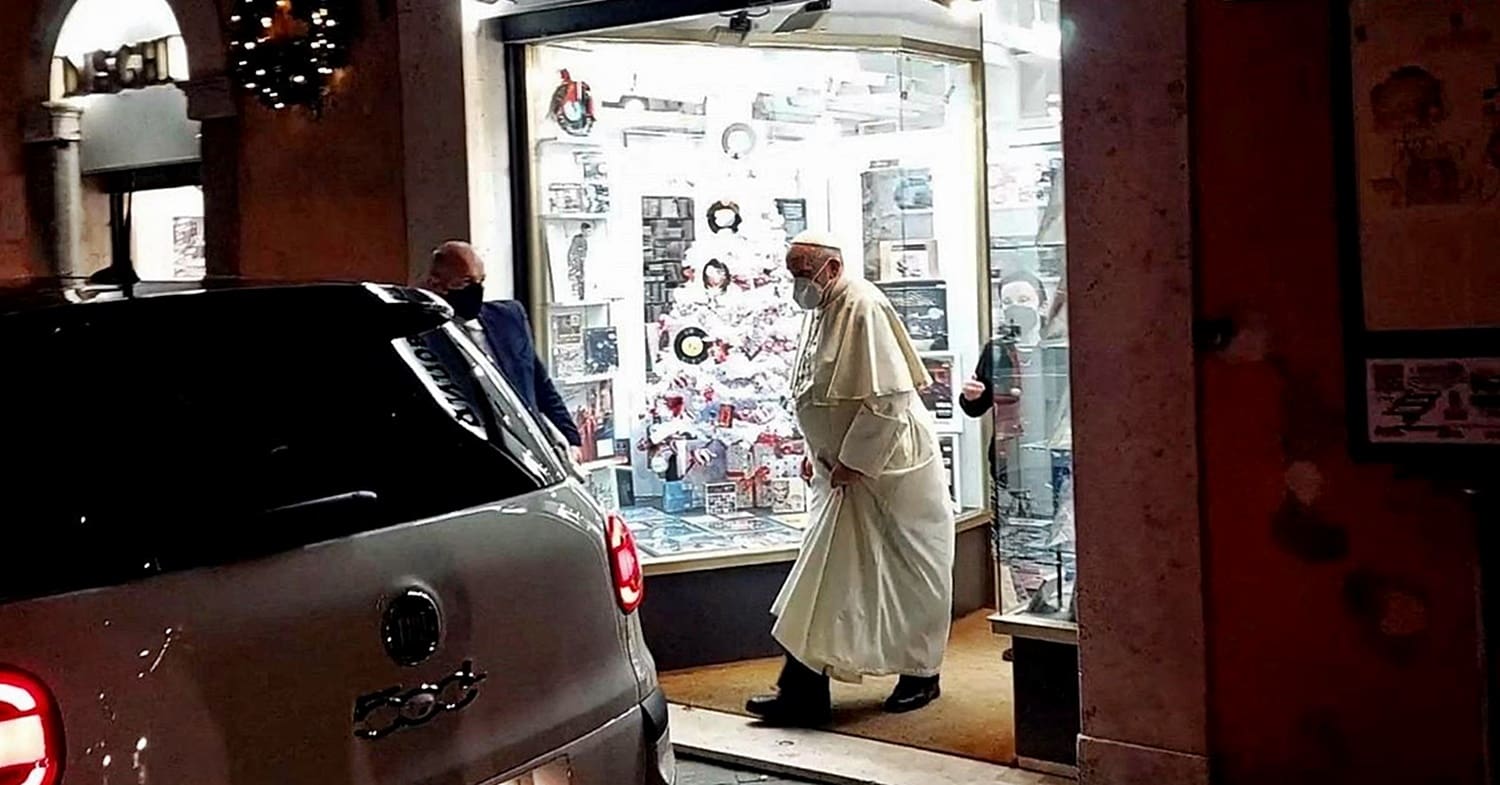 Last Tuesday (11), Pope Francis left his Vatican office for a record store in Rome. This moment, which occurred around 7 p.m. local time, was eventually recorded by an agency reporter. Rome Reportswhich was close.

According to a spokesperson, the pontiff of Argentine descent is a friend of the owners of the institution and has come to bless the place that has recently undergone a renovation of its facilities. He stayed for ten minutes and returned to his official residence with an undisclosed CD.

The store is StereoSound, which is close to the old pantheon, a traditional tourist spot in the Italian capital.

The pope had frequented the place since he was still Cardinal Jorge Mario Bergoglio, Archbishop of Buenos Aires, and made his regular visits to report to the church. There, he stored his personal collection of classical music recordings. Francisco is a huge fan of the works of Bach, Mozart, and Beethoven, among others – as well as the traditional tango of his land.

It is worth noting that StereoSound is not exclusively dedicated to your preferred segment. The store sells pop music in general, including rock. Who knows, on another visit, the Pope might decide to try other sonic flavors…