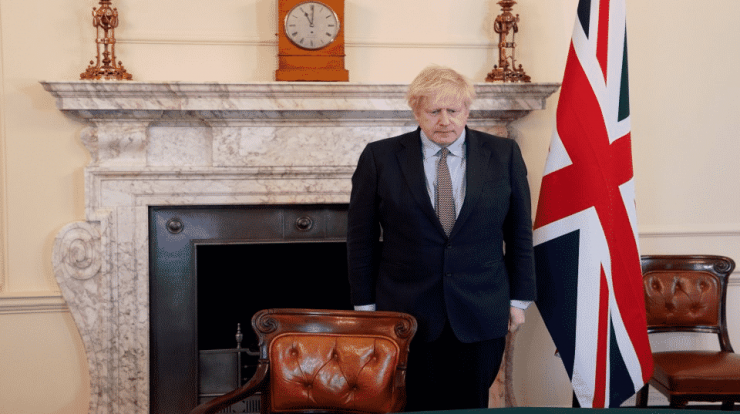 A month into Freedom Day, the British government is keeping the message that COVID-19 is a “grave health risk”, but continues to relax measures to try to stimulate the economy.

Since Monday, people in England who have been vaccinated against covid-19 or minors are no longer required to be in protective isolation if they have been in contact with an infected person.

Instead of isolation, a PCR test is now recommended and they can wait for the result without restrictions if they do not have symptoms.

Many companies welcomed the move, which had to deal with a shortage of workers due to the 10-day quarantine requirement for anyone who had been in contact with a positive case.

The government has even been criticized for the so-called “pandemic epidemic”, in reference to the sound of the tracking app, which produced nearly 700,000 self-isolation alerts in one week in England and Wales.

The end of the isolation of vaccinated people and minors is the latest change in anti-epidemic measures, after the “Freedom Day” on July 19.

On that day, Boris Johnson’s government lifted major social restrictions in England, such as the mandatory use of masks, limiting outdoor gatherings, closing clubs, or quarantining when arriving at certain destinations.

The independence of the authorities means that each of the other regions (Scotland, Wales and Northern Ireland) has different rules and timetables.

The Department of Statistics admitted last week that the drop in the unemployment rate to 4.7% and the 4.8% growth in GDP in the second quarter reflects the recent reopening of the economy after the announced restrictive measures. in February.

However, the British press has noted some caution from analysts, fearing that enthusiasm after the restrictions will wane if COVID-19 cases increase and consumers decline.

As of July 20, the UK had recorded 96 deaths linked to covid-19 and 46,558 new cases in 24 hours, after numbers fell on “Freedom Day” on Monday that reflected the usual shortening of weekends.

However, this is the largest number of deaths in a single day since March 12 (175).

Since the start of the pandemic, the UK has recorded 131,149 deaths in more than 6.3 million positive cases of the SARS-CoV-2 virus, which causes COVID-19.

Britain’s health regulator on Tuesday approved the Moderna vaccine for children aged 12 to 17, and it is now up to the vaccination committee to advise the government on whether this age group should be vaccinated.

England’s “Freedom Day” was initially scheduled for June 21, but the government delayed the measures by four weeks after the rapid spread of the delta variant of the novel coronavirus.

In February, when he announced the roadmap for England’s exit from lockdown, Boris Johnson said the plan was “cautious but also irreversible”.

“We cannot continue indefinitely with restrictions that undermine our economy, our physical and mental well-being, and the life chances of our children,” he declared, justifying “Freedom Day.”

With the agency LUSA