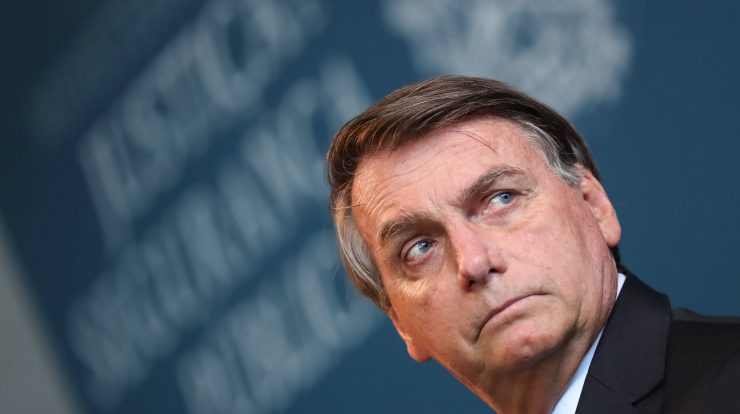 President Jair Bolsonaro (Without Party) On Wednesday (5) I opposed the bill that extended the deadline for Submit an income tax return Until July 31 this year. Accordingly, May 31 is kept as the deadline for filing accounts with the Federal Revenue Service.

According to Planalto Palace, the extension proposal – the measure was approved in Congress – was rejected because it caused an imbalance in the flow of resources, which could affect the ability to preserve taxpayers’ refunds, as well as bargaining with the tax collection of federal entities.

Earlier, the Economy Ministry announced that it had requested Bolsonaro The right to veto the conference proposal That would delay the delivery of the declaration and the payment of the first installment of income tax.

The initial deadline for submitting the announcement for fiscal year 2020 was April 31, but was extended to the following month by the IRS due to the novel coronavirus pandemic.

In a statement released, the Economy Ministry said the new postponement would affect the collection process and even measures linked to Covid-19, such as emergency aid – but did not explain why this would happen.

Bill 639, by Rep. Rubens Bueno (Citizenship-PR), was approved by Congress in April, and the deadline for Bolsonaro’s sanction, or veto, expires on Wednesday.

Your subscription could be more valuable

Do you already know the benefits of subscribing to the Folha service? In addition to having access to reports and columns, you have exclusive newsletters (Know here). You can also download our free app from Apple Store Or on Google apps To receive alerts of the most important news of the day. Your subscription helps us create high-quality, independent journalism. Thank!

Your subscription is worth a lot

Over 180 reports and analyzes are published daily. A team of over 120 columnists. The professional press that monitors public power, reports useful and inspiring news, opposes intolerance of social networks and draws a clear line between truth and lies. How much does it cost to help produce this content?