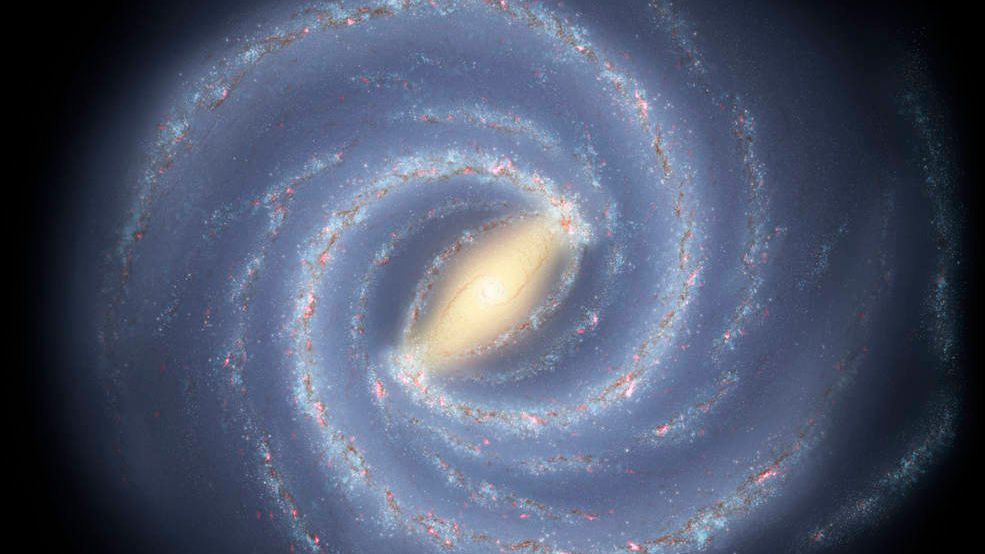 A group of astronomers compared OB-type stars, classified by the Atacama Large Millimeter Array (ALMA), with data collected by Gaia Telescope to produce a more detailed map of the spiral arms of the Milky Way. On observing the area known as “Esporão de Cepheus”, they discovered that this was a region full of giant blue stars, and recorded everything in an article published in the Monthly Notices of the Royal Astronomical Society.

The region analyzed by the researchers is located between the Arm of Orion – the region in which the solar system is located – and Perseus’ arm. In fact, Cepheus Esporão forms a bridge of giant blue stars between these two arms. Stars of this type have three times the mass of the Sun, and their blue color reveals their very high temperature.

Blue giants are classified as OB type, as most of the light waves emitted from them are of a length of blue. In addition to being rarer and hotter, it also has the shortest life – the larger the star, the faster it burns its fuel. Due to the tremendous activity of nuclear reactions in its core, it is up to six times hotter than the sun. And at the end of their lives, they trigger large explosions called supernovae – responsible for spreading elements throughout the galaxy, from which to create life, such as oxygen.

One of the article’s authors, Michelangelo Pantaleoni Gonzalez, a researcher at the Spanish Center for Astrobiology (CAB), explains that OB stars are rare. In a galaxy of about 400 billion stars, as with the Milky Way, only 200,000 would be of this type. “And since they are responsible for the formation of many heavy elements, they can really be considered fertilized chemicals in the galaxy. Because of such long-dead stars, the geochemistry of our planet was complex enough for biochemistry to emerge,” he adds.

To create the map, the researchers used a technique called star parallax. This method measures the distance between the Earth and the stars, and compares their positions from different perspectives as our planet follows its path around the sun. In doing so, the team noticed that there were stars outside the Esporão region, in regions that until then had been thought to be empty. This proves that this region was part of the galactic disk, and not just a random focus of stars.

This discovery may also provide clues to the distant past of our galaxy. “They could be signs of past collisions with other galaxies,” explains paleontologist Pantaleoni González, who is also a co-author of the article. The group of researchers intends to add information from more OB stars to the map, and in doing so they hope to improve the visualization of these structures of the Milky Way.

The entire article has been published in the journal Monthly Notices of the Royal Astronomical Society Last month, on March 19.