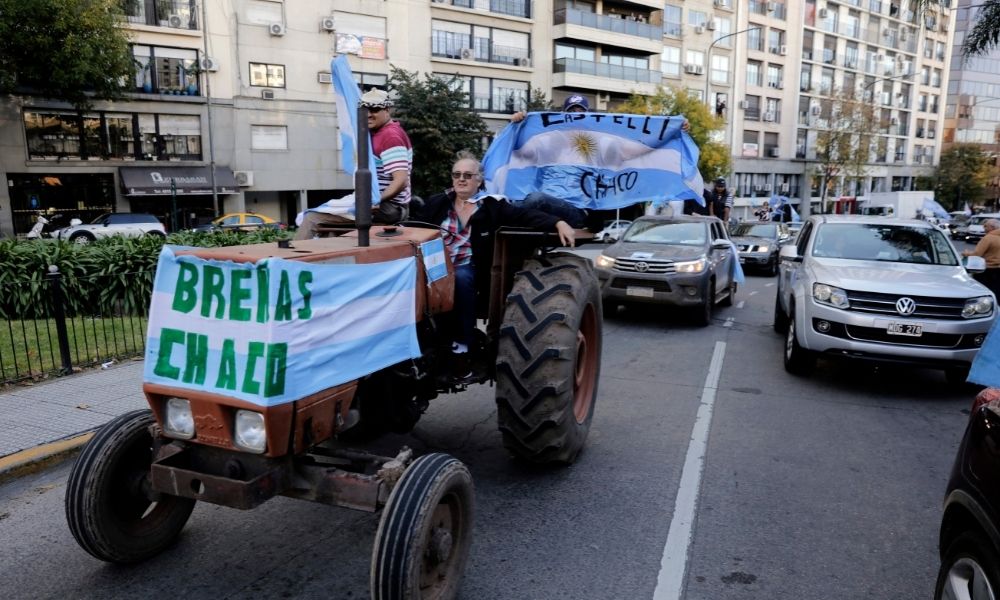 A caravan carrying 30 tractors and hundreds of cars has demonstrated in front of the Casa Rosada house. The law comes at a time when the country is experiencing a sharp rise in international raw material prices

rural producers Argentina They took to the streets on Saturday, the 23rd, to protest the government’s policies on the agricultural sector. The event took place in downtown Buenos Aires and progressed along the roads in the north of the capital until reaching the famous Plaza de Mayo, in front of the Casa Rosada, the headquarters of the Argentine Executive. The reasons for protest are diverse: In addition to rejecting any additional tax pressures on the rural sector, the organizers have called for better public management of resources, reduced political spending and increased investment in productive infrastructure, among other things. The protest comes at a time when the country has been witnessing a sharp rise in global prices for raw materials since the Russian invasion Ukrainewhich favors exporters of agricultural products in Argentina, which is one of the largest producers and exporters of grain and its derivatives in the world, but had a direct impact on the acceleration of domestic inflation, especially on food.

More than a thousand people gathered in 30 tractors and hundreds of cars, motorcycles and other vehicles. Other cities in the country have also adopted this initiative, such as Cordoba, Tucuman and Rosario. The event called “tratoraço” did not have the institutional support of the so-called Mesa de Enlace, formed by the four largest rural employers’ associations in Argentina, although it did have the support of some regional agricultural organizations and sectors of the political opposition. A large number of citizens took the opportunity to take to the streets to express their rejection of the national government with slogans against political corruption and tax cuts.

The Argentine government has questioned the protest, stating that the allegations are not very clear. “We have no doubt that this is an absolute political process and that it has to do with interests other than defending the legitimate rights of rural farmers,” presidential spokeswoman Gabriella Cerruti told a news conference Friday. The mayor of Buenos Aires, opposition leader Horacio Rodríguez Laretta, urged the national government to respect these protests, rather than encourage clashes between workers. “Given the expectation of the announcement that they want to raise taxes, how will they not appear, how are we not going to support them? This is the engine and the future of Argentina,” Rodriguez told TN.