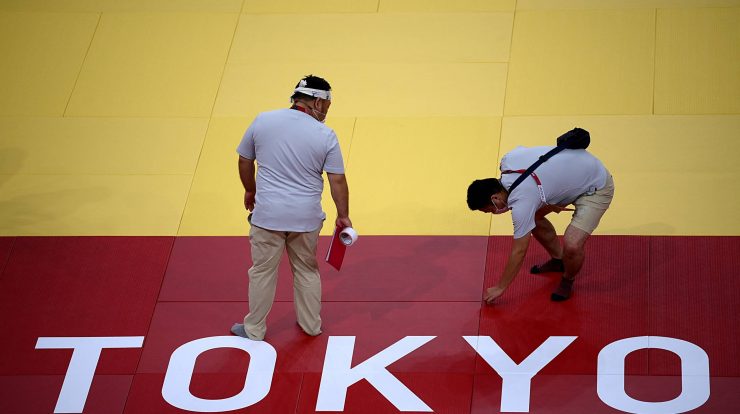 The Algerian judo organization Fathi Norine, who refused to face an Israeli competitor in the Tokyo Olympics, announced that it was suspended by the International Judo Federation and withdrew its accreditation.

Noreen withdrew from participating in the Olympics after learning of the result of the tournament’s draw, indicating that he may face Tahour Tabbal in the second round for Israel, if he beat Sudanese Mohamed Abdel Rasoul in his first appearance.

Because of this possibility, the Algerian judoka gave an interview to a television station in his country and announced his abandonment of the Olympics, explaining his decision as a way to support the “Palestinian cause”.

The Executive Committee of the International Judo Federation announced, on Saturday, that it had temporarily suspended the judoka and coach Ammar Benikhlef.

The Algerian Olympic Committee withdrew Noureen’s accreditation and indicated that he and his coach would return to the country.

For the International Judo Federation, the Algerian athlete’s decision “completely contradicts the philosophy of the organization”. The IJF has a “strict non-discrimination policy and promotes solidarity as a fundamental principle”.

This isn’t the first time Noreen has dropped a competition for these reasons. He already acted similarly in the Tokyo World Cup 2019.