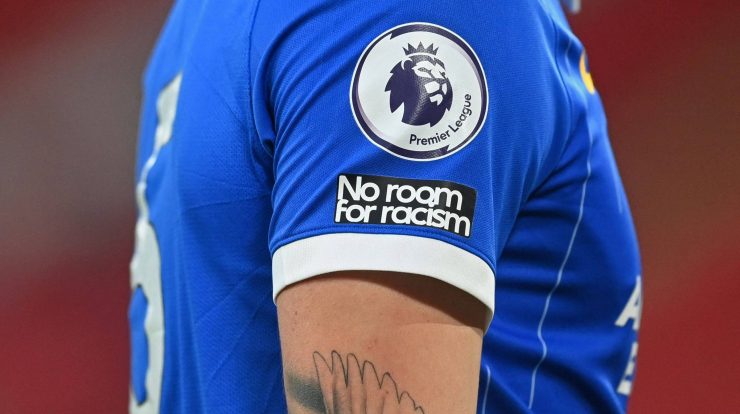 English football interrupts Facebook, Instagram and Twitter for four days, starting next Friday (30). The initiative, released on Saturday (24), is a protest because clubs, federations, player associations and fans believe the platforms do little to combat racism.

The event will include the FA (FA), the English Premier League (the club that organizes the first division), the English Football League (English Football League, responsible for the second division to the fourth division), the two main women’s competitions and six other entities linked to the athletes Fans and NGOs fighting against discrimination in sport.

This means that the club and Etihad accounts will not be updated at the end of next week. In the Premier League matches, there will be 20 participating teams. Only Manchester United, Manchester City, Chelsea and Liverpool have 478 million followers spread across the three social networks.

In February this year, the organizations sent a joint letter to the platforms calling for more flexibility in removing racist posts and comments, better filters to avoid this type of content and a greater ability to expel users. They also asked Twitter, Facebook, and Instagram to work better with the police to identify and prosecute those responsible for the racist messages.

“Although some progress has been made, we are reiterating these requests today in an effort to curb the ongoing flow of discriminatory messages and to ensure that there are real consequences for officials,” the statement said.

Clubs, federations and entities that sign the statement are also asking the UK government to expedite the submission of a bill making social media liable for the content posted, and by doing so, they can also respond in court to it.

“The English Premier League and our clubs are joining football in implementing this boycott to highlight the urgent need for social networks to do more to eliminate racial hatred. We want to see significant improvements in their behavioral policies and in their anti-discriminatory crime processes,” says Richard Masters, Premier Chief Executive Officer. League.