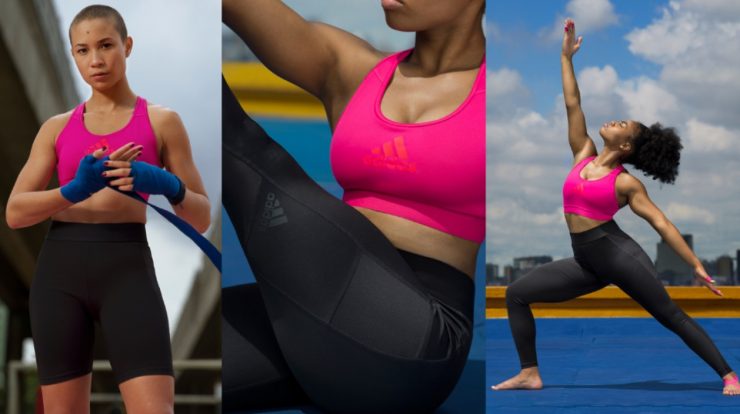 According to a survey conducted by scientists at St Mary’s University in Twickenham (2019), one in four girls around the world quit sports as a teen for fear of leaks during menstruation. With this in mind, adidas has introduced keep playingHer latest training range is aimed exclusively at women to feel more protected and safe to stay on the move during menstruation.

a TechFit’s line of leggings and shorts Comes with an extra absorbent layer that helps protect against leakage – during exercise – when used with a sink or absorbent material. There are three layers: the first layer, the second absorbent, and the third layer is leak-proof.

The launch is part of the path the brand has taken to revolutionize the presentation of its products and cater to all people who menstruate in sports. The long-term campaign behind this initiative, Watch Us Move, is another example of how adidas is defying the rules and launching initiatives for its women’s community, following its philosophy that sport is for everyone and can change their lives.

According to the brand, to envision the TechFit Period Proof group, the first step was to understand the physical, emotional, and social barriers that prevent athletic participation and reduce the safety of women to keep moving through the cycle.

By analyzing data from more than 14,000 athletes, he found that even those considered “latest” in their sport did not learn – or discuss – menstrual periods in sports, either at school or with their coaches. In the UK, 82.3% of respondents indicated that they had not received any clarification about their menstrual cycle in the context of sports or exercise, and among those with coaches, 81.5% had never spoken to them about their period. In the US, 65.3% had no education on the subject and 75.8% had not discussed their menstrual cycle with their coach. 1

Globally, adidas has gone further and aims to raise awareness, improve education and remove taboos related to menstruation – a topic that continues to be veiled among teens and adults alike. With insights from coaches and athletes, the brand has also collaborated with Dr. Georgie Bruinfels and Orico to develop free lesson plans and resources that will benefit schools around the world.