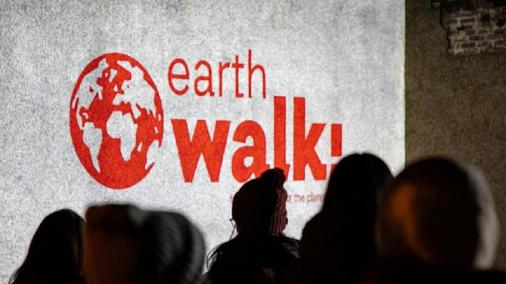 ActionAid invites all runners and walkers around the world to move towards the discussion of climate change and its impacts on the most vulnerable communities. It’s EarthWalk 2021, an action in which people from all over the world gather for one outing to draw attention to the topics discussed at COP26. A United Nations event, the United Nations Conference on Climate Change, will bring together world leaders, as well as scientists, business, academics and activists, until November 12.

ActionAid is an international organization working to eradicate poverty in 43 countries. In Brazil, since 1999 it has been implementing projects to guarantee the right to food, gender equality, popular participation and education

The first edition of the Global March was held in 2020 to demand a more just and sustainable world for all, especially after the effects of Covid-19. Covered 121,711 kilometers, the equivalent of three rounds around the world.

To participate in the 2021 edition, only interested people need to access the website of Earth Walk, register and feed the page with kilometers traveled per day. Besides, of course, posting on their social networks with the hashtag #CadaPassoConta. There is also an option to link your fitness app to the website and automatically feed it with your steps. Groups of friends who are already used to a group outing can also participate, as long as security measures against Covid-19 are respected.

In addition to EarthWalk, ActionAid will give a series of public interventions during COP 26 in Glasgow so that voices from around the world will be heard in the negotiations among world leaders. Photos of the rally, collected from all over the world, will be displayed in an open area with a large spread in the host city. This measure aims to draw attention to the serious social consequences of climate change.

In a recent survey released on October 19, for example, the United Nations’ World Meteorological Organization revealed that the temperature in Africa rose above the global average in the past year. Which has a profound impact on life on the continent. Scientists predict that the three large glaciers on the continent, including Mount Kilimanjaro, will cease to exist by 2040. Due to droughts and floods, there was an almost 40% increase in the number of food insecure people in 2020 compared to 2019 – affecting The climate is disproportionately affected by the poorest population. The picture is repeated in Brazil, which is experiencing a water crisis and may enter a period of energy crisis due to the severity of the impact of climate change on the country.

In August of this year, the Intergovernmental Panel on Climate Change (IPCC) released a landmark report on the topic. Historic because, for the first time, the Intergovernmental Panel on Climate Change clearly articulates the direct relationship between human action, warming and climate change. Even in Brazil, where torrential rains and increasing droughts are having dire consequences, especially for the most vulnerable. ActionAid closely monitors the effects of the climate crisis on the communities it supports.