Home entertainment A participant in “Nightmare in the Kitchen” assumes he tricked Band into making reality TV, and explains why. Watch! 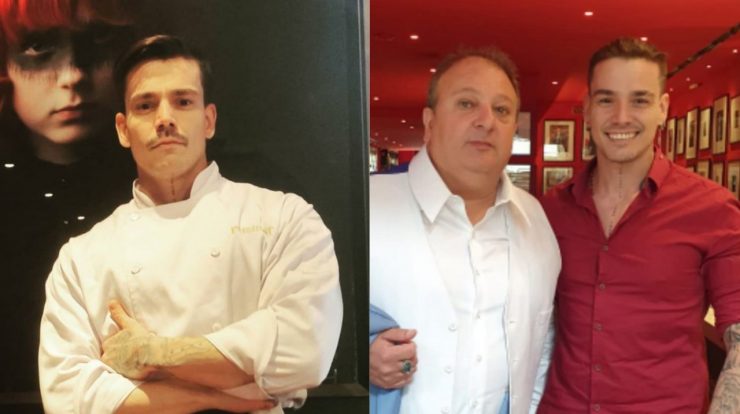 The coup is here… Chef Marco Ungaro revealed that he invented a character to take part in the reality of “A Nightmare in the Kitchen” by Eric Jaquin, on Squad. In a recent interview with Cortes ZL Podcast, Ungaro provided details of a plot to “deceive” the show’s crew. At that time, the chef worked in the hamburger shop Hero – today he is an employee of the President’s restaurant Jaqen, in São Paulo.

“It was an arrangement amongst the Hero gang without the band’s knowledge. No one wanted to score. “Oh, he’s going to slur my name.” So let’s do this, I know this will work for us. Say I’m the restaurant’s fault. Ready. That’s why everyone spoke badly of me. The band thought it was real.”, He said. In the reality show, the French chef gives tips and shows the changes needed to prevent the restaurant from closing its doors.

The cook stated that he insisted with the team, because he believed that this would be the way out to save the “hero”. “In my opinion, if we go through this program, it will make the restaurant famous. And I want to make a name more. At that time, I had just moved to São Paulo. I spent four months starving and cold in São Paulo. I didn’t have a penny in my pocket. I slept In a small room. I didn’t have the money to buy a blanket”, It is to explain.

According to Ungaro, despite the farce and the character he invented, the problems with the hamburger shop were real. “It was real: the floor didn’t wash, the stock smelled, the hood didn’t grab, we don’t have machines, I don’t receive [salário]…that was real! “, has been confirmed. “Nightmare in the Kitchen” wasn’t Marco Ungaro’s first reality show: he’s also appeared in “Hell’s Kitchen,” by SBTAnd the “house” of TV recording. Watch the moment:

And check out the Hero’s Burger episode below: