Home science A hundred years after the partition of Ireland, Brexit sparked support for reunification 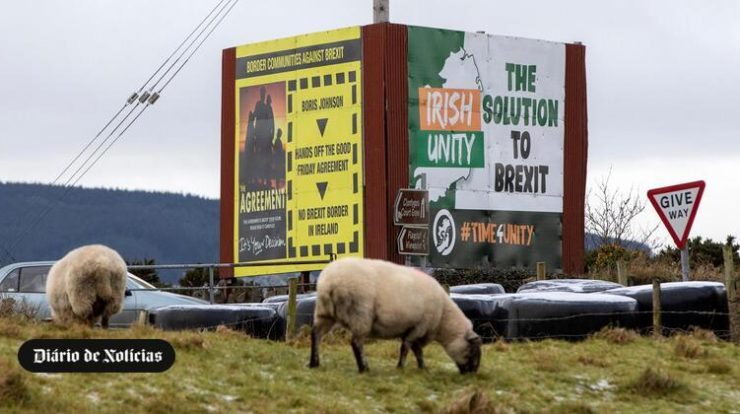 100 years ago, in an effort to contain nationalist ideas in southern Ireland, the Catholic majority, while at the same time protecting the interests of the majority of Protestant trade unionists in the Ulster area (to the north), the British government decided to partition the island. The idea was to give each region an independent parliament and government, both of which were under the control of the United Kingdom. On May 3, 1921, Northern Ireland was born, but in Southern Ireland the plans did not go as expected in London, and a year later, the present-day Republic of Ireland became independent. Now, with Brexit and demographic change – and despite sectarian tensions that remain – support for reunification is growing.

Cleared to Sunday timesIn April, it showed that 47% of people in Northern Ireland are against reunification and 43% support it, and among those under the age of 45 the idea was more attractive (47% want reunification, versus 46% who chose to remain in the UK) . Another survey, released on Saturday before Irish Independent, It indicated 43% opposed, 35% with – but one in five declined to answer. In the Republic of Ireland, 67% advocate reunification and 16% oppose it, and in two countries seven out of 10 respondents want a referendum on the topic within five years.

British Prime MinisterBoris Johnson has already said the referendum is “very, very far away.”. For his part, reminded Irish Prime Minister Michel Martin that an early referendum might be “more divisive and divisive.” Another obstacle to reunification is economic issues.

See also  Another patient recovering from Covid-19! Watch the exciting video and a special thank you to healthcare professionals
Close

If a hundred years ago the North was one of the most industrial and wealthiest regions in Ireland, then after decades of violence it is one of the poorest in the UK, relying on the £ 10 billion support it receives annually from London. On the other hand, the Republic of Ireland is one of the wealthiest countries, although the GDP figures do not reflect the real reality – the state offers incentives for large companies, including Apple, to move intangible assets there, distorting the numbers. In opinion polls, neither the North nor the South want to pay more taxes to achieve reunification.

The idea of ​​a referendum is foreseen in the Good Friday Accords (which ended the conflict between nationalists and trade unionists in Northern Ireland in 1998). For many analysts, the reunification has always been true, just a matter of when it will happen. Demographics in Northern Ireland are at stake: This year’s census may show, for the first time, that there are more Catholics (who traditionally have more children) than Protestants. Ten years ago, 48% identified themselves as Protestants and 45% Catholics, the latter being only 31% of the population in 1973. Not all Catholics are nationalists and not all Protestants are unionists, but this is a good sign.

Then there is Brexit, which has heightened tensions in the north. In the 2016 referendum on the United Kingdom’s exit from the European Union, 55.8% of voters in Northern Ireland voted against it. But this continued, and to prevent the return of the border from resuming the conflict that between 1968 and 1998 killed more than 3,500 people, Northern Ireland remained within the European single market. In practice, a border has been established in the Irish Sea separating it from the rest of the United Kingdom.

Looking for a captain

This caused tension within the trade unionists themselves, which led to the prime minister’s decision, Arlene Foster, to resign when she was said to have lost the confidence of the Democratic Unionist Party (DUP) MPs (DUP). He will leave the party leadership on May 28, after six years, and thus the position of prime minister. It is up to the party to find a successor, who will face the task of trying to change the situation brought about by Brexit.

The race to succeed Foster has already begun, with two of the candidates announcing their intention to run. My favorite seems to be Edwin Potts, who owns the Agriculture Environment and Rural Affairs portfolio and was the first to race. The “young creation of the earth”, who rejects the theory of evolution and believes that the world was created by God six thousand years ago, considered the current prime minister “extremely moderate.”. The nomination of Geoffrey Donaldson, the leader of the Democratic Unionist Party in the House of Commons in London, seen as more moderate than Foster herself, is a given.

Other names are mentioned as well, such as the former Belfast mayor, Gavin Robinson, or even Ian Paisley Jr., son of the party’s founder. But the latter was involved in a scandal over acting expenses and is considered a risk. Sammy Wilson, Representative in Westminster, has been the party’s strongest spokesperson for Brexit, and he could be a powerful name in trying to reverse the situation regarding Brexit.

In Diário de Notícias, dozens of journalists work every day to produce news, interviews, reports and analysis that ensure accurate information for readers. And this has been the case for more than 150 years, because we are the oldest national newspaper. In order to continue providing this “service to the reader”, as our founder wrote in 1864, we need your support.