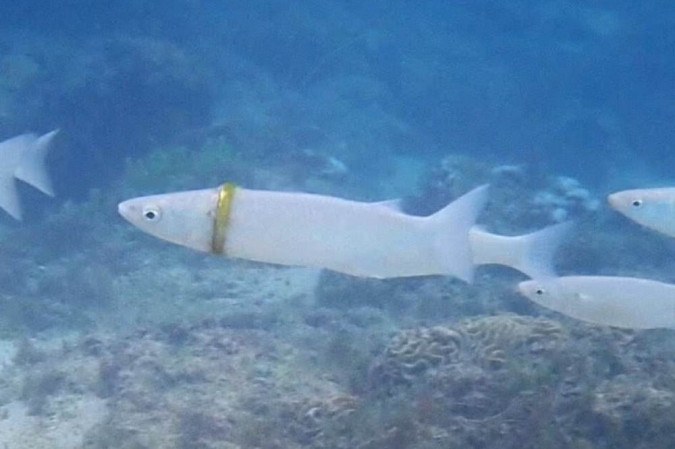 Submarine Susan Pryor found a wedding ring attached to a fish in Australia. The piece was lost when her husband swam in the area during a trip with his partner to visit family members on Christmas. He lost the jewel, which cost more than 5,000 Rials, on the eve of his second wedding anniversary.

Residents offered to help find the track using nets, diving equipment, and even a metal detector. However, the ring was only now found by the diver, who learned about the object earlier this year and had already made contact with Suzie Quintal and Nathan Reeves, the owners of the ring.

In an interview with the newspaper daily MailSusan Pryor commented that it’s sad to see the fish trapped in the gem like that. She said she had already seen others entangled in plastic objects, but seeing that was disturbing because as the animal grew, the ring could hurt it.

Susan says it was necessary to catch the fish with a net and carefully remove the jewel. Despite the concerns, the animal appears to be in good health and the couple is looking forward to getting their wedding ring back.

* Interns under the supervision of Roberto Fonseca